The Middle East experience, political and spiritual, is the driving force behind Where East Meets West, thirty wood and metal sculptures by Aarale Ben-Arie at the Heppaecher Gallery in Germany.

Throughout his career, Aarale has primarily
created sculptures, both miniature and monumental, for rural and urban 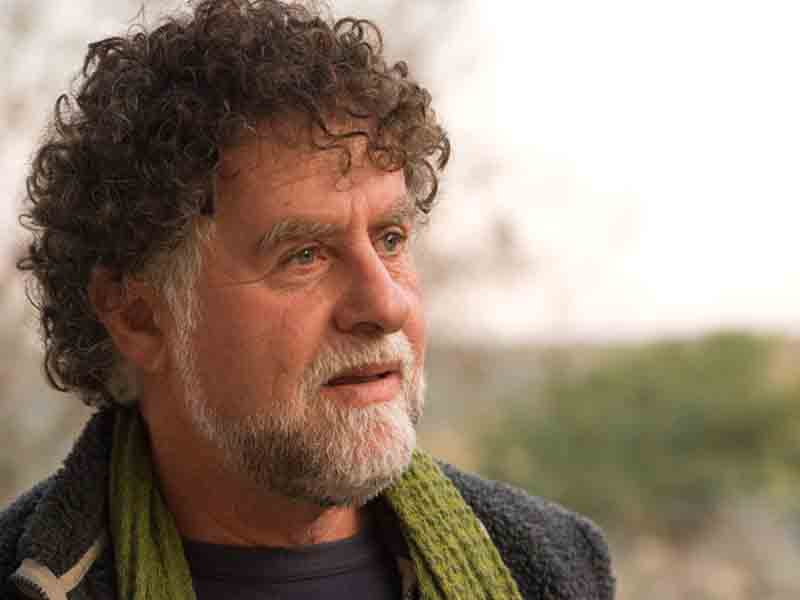 environments, private and public spaces in Israel and abroad. His works fall somewhere between naturalist illustrations and abstract figures, between cartoons and hieroglyphs, between two dimensions and three.

This exhibition is comprised of 30 hieroglyph sculptures, each about 25-30 cm. high,  made in Israel of tin, copper, copper-gilt, and wood, along with a new installation of large wood sculptures which the artist created at the Heppaecher Gallery during the week before the opening. It is, in essence, an interim report on his work during the past three years, featuring recurring themes and styles. 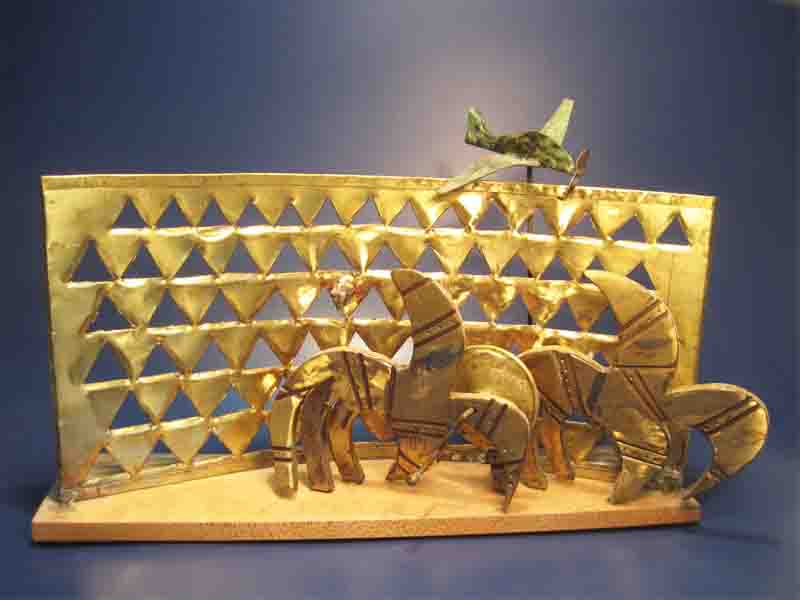 Shaped by a blend of passion and logic, this group of wood and metal works is a change of direction for Aarele Ben-Arie. Although his quest for spir
itual inspiration was sparked by the riches
of ancient Egypt, he eventually found much of his source material for these works in cultures closer to home,
mainly in the Land of Israel. It was not the colossal architectural monuments historically associated with these ancient civilizations that captured Aarale’s imagination, but the transcendental concepts embedded within them. The hieroglyphs, myths and legends expressing an age-old grasp of the universe became the conduit through which Aarele’s contemporary sculptures emerged. The opportunity to create small works, then elaborate upon them in much larger scale and to present them in expansiv
e surroundings has given him the opportunity to burst beyond previous limitations and create some of his best work to date. 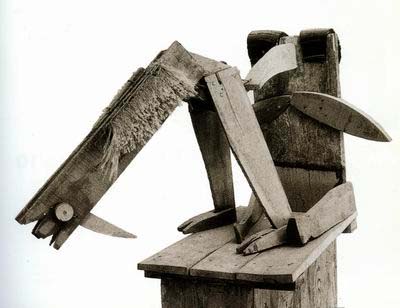 Aarale Ben-Arie belongs to the growing circle of artists who explore rather than conclude, who experiment rather than making definitive statements. The end products they present to the public are often meant as transient pieces that provide us with more information about the process of making art and using materials than about the pleasures of an aesthetic experience.

Traditionally, the materials used in making sculpture were wood, metal, gold, paint, etc. Alongside his conceptual experiments, Aarale has had for many years an ongoing romance with wood of all weights and stocks, investigating its physical properties in order to formulate new aesthetic concepts. In modernist idiom, wood has become for Aarale the art object in itself, with no separation between image and surface. His penetrating search has led to the point where the transformation of the wood is 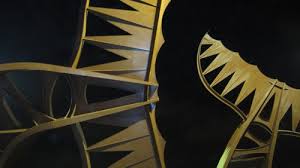 now the subject as well as the object of his art.

Although the main thrust of Aarale’s work is  to examine models of thinking that deal with the essence of artistic language, it is possible  to go back and distinguish, especially in iconographic terms, the codes he proposes as a means of empirical verification in his discourse on the nature and validity of representation. Among these codes are the experience of nature; the extraordinary artistic experience; and the powerful aesthetic experience which physically involves viewers in their environment.

The Gold Camel, for instance, is a vehicle for this method of coding, which juxtaposes an intellectual structure, on the one hand, with an expressionistic style on the other. This work has positive nostalgic value, returning the viewer specifically to the landscapes of Egypt, the Land of Israel, and elsewhere in the Middle East. Here, as elsewhere, the artist has used his first encounters with these places as the stuff of sculpture.

Aarele’s materials and anti-materials hint at the hierarchical relationship between wood and gold. In contrast to the wood’s low luster and consequently low status, the brilliance of the gold represents a higher level. It is authoritative, empowered, a source of uniqueness as well as union between the individual and the collective. Hence the golden camel symbolizes Aarale’s  journeys from space to time as topographies are transformed into hierarchies of conquered and conquerors, exploited and exploiters.  Similarly, Aarale’s works references European and Middle Eastern colonial conquests, imperialism and artificially defined borders.

Another dynamic is at work in the sculptures: hh kat, eesh and The One. These pieces invite the beholder into Aarales’s interior world, yet ultimately deny full entry. The objects allow us to see but not touch, preserving a certain distance between our present and the past evoked by the works, a past that may be fully present to the artist himself only during the process of sculpting. 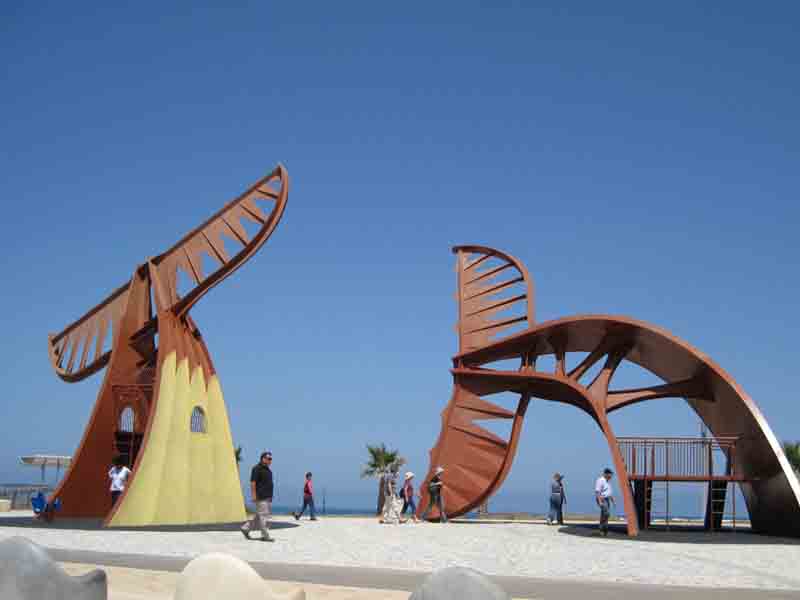 We may never be able to overcome entirely the distinction between subject and object, activity and passivity, and become one with the history we are trying to remember or represent. Aarale uses his hieroglyphs to investigate and express the underlying unity,  correspondences, and echoes across the infinite time and space of different cultures and civilizations, each with their coded secrets. In so doing, the artist treads along the borders of another space, a spiritual zone which  fascinates him and which he ultimately share with us in a glorious attempt to bring us nearer to the essence of life, nature and the cosmos. 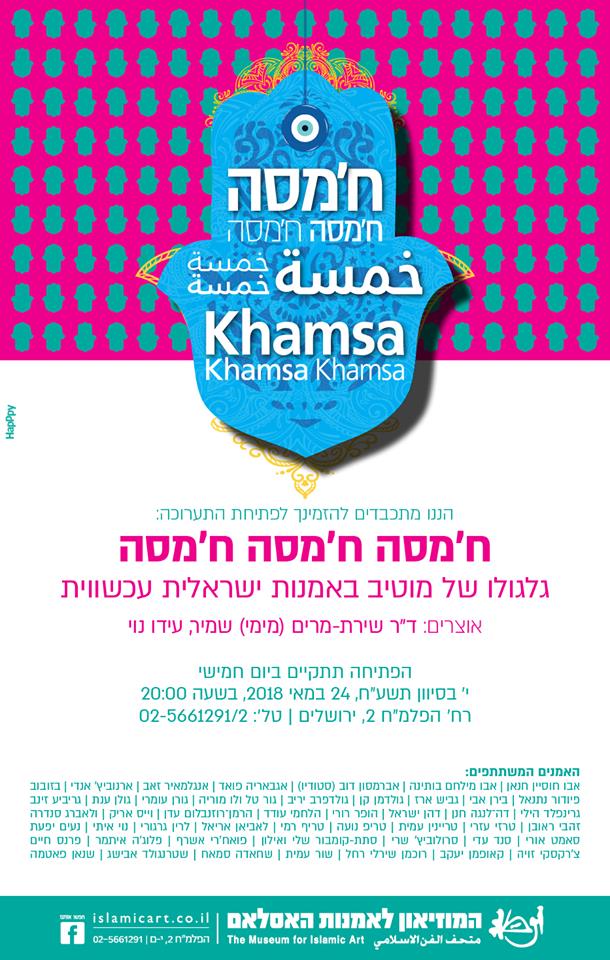